The Union Minister of Commerce and Industry, Consumer Affairs, Food and Public Distribution and Textiles, Shri Piyush Goyal has said that Indian Diaspora in the US are the true ambassadors of the philosophy of ‘Vasudhaiva Kutumbakam’ (world is one family). He complimented the Indian community for their phenomenal value creation in the US and for giving back to India by contributing and supporting through partnerships, newer technologies and newer ideas. He said this while addressing the Community reception in San Francisco.

Speaking about the initiative, ‘India-US startup SETU’ (supporting entrepreneurs for transformation and upskilling), which was launched by the Minister in San Francisco, Shri Goyal said it will act as a bridge between Indian and American companies and will support entrepreneurs in transforming, upskilling and leveraging on the success stories of the Indian Diaspora in US. Shri Goyal observed that  some good ideas of startups don’t take off for lack of mentorship, guidance, funds. Urging those present to participate in this initiative,  Shri Goyal said it is an opportunity for Indians in the US to give back to the country by providing support to bright minds in India.

Wish you all a Happy Lunar New Year 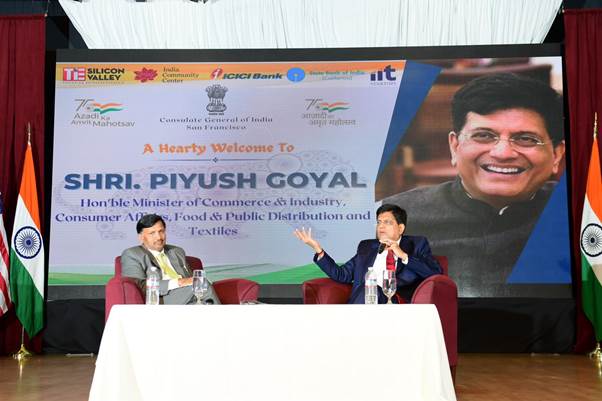 Shri Goyal said under the leadership of Prime Minister Modi, the country is making every effort to become Atmanirbhar. He said that the government is giving a thrust to exports, there is a focus on greater cohesive working within the Government, several initiatives have been taken to encourage investments into India and the government is encouraging newer modes of transport and ethanol blending in petrol. He also spoke about semiconductors policy, Production Linked Incentive Scheme for 13 sectors to promote large factories with global scale of operations.

Shri Goyal said India is offering support to companies who want to invest in India. He highlighted that India offers a huge market potential which makes it very attractive for investment, adding that there are benefits of economies of scale and availability of a large talent pool.

Observing that there is a lot of interest globally to work with India, Shri Goyal said our focus is on better trading arrangements with the developed world.  Our Free Trade Agreements rest on India’s national interest, he said and pointed out that active negotiations are going on with several countries on FTAs. 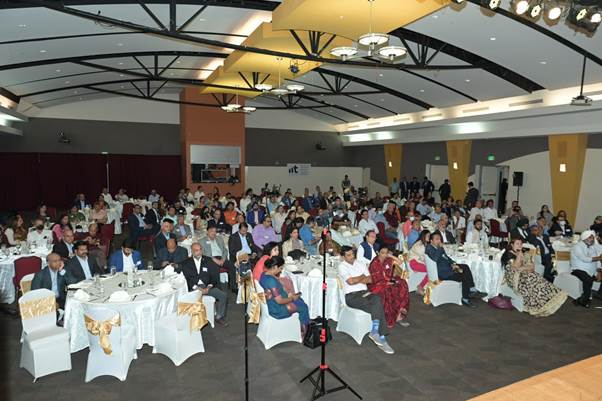 Urging the Indian Diaspora to use ODOP (One District One Product) products for gifting on festivals and other occasions, Shri Goyal said this would provide livelihood to millions of weavers and artisans in India.

Shri Goyal said that India is changing for the better, it’s much more confident today, much more self-reliant and continues to aspire for more. He sought the cooperation and participation of the Indian diaspora in India’s journey towards becoming a developed nation in the next 25 years.

Ethnic Dresses- Beloved Outfit By Woman Around The Globe

Wish you all a Happy Lunar New Year

Ethnic Dresses- Beloved Outfit By Woman Around The Globe

Musk’s father says he is not proud of his son

Indian Punjabi language will be introduced in schools across Western Australia