Little drinks with plastic umbrellas on the pool deck!

Relaxation is the goal of most pool owners. But before the little drinks with plastic umbrellas come out, there’s usually some sweat equity that must be put into pool season prep. To assure both the good appearance and safety of the pool deck, many homeowners are turning to resurfacing with RollerRock®.

Georges Cinq hopes that “the third time is the charm” for his pool surface. A resident of Quebec, Cinq is tired of his problematic pool deck area. It’s been done twice before. Previous products did not adhere well and did not last long. This time he’s using RollerRock. 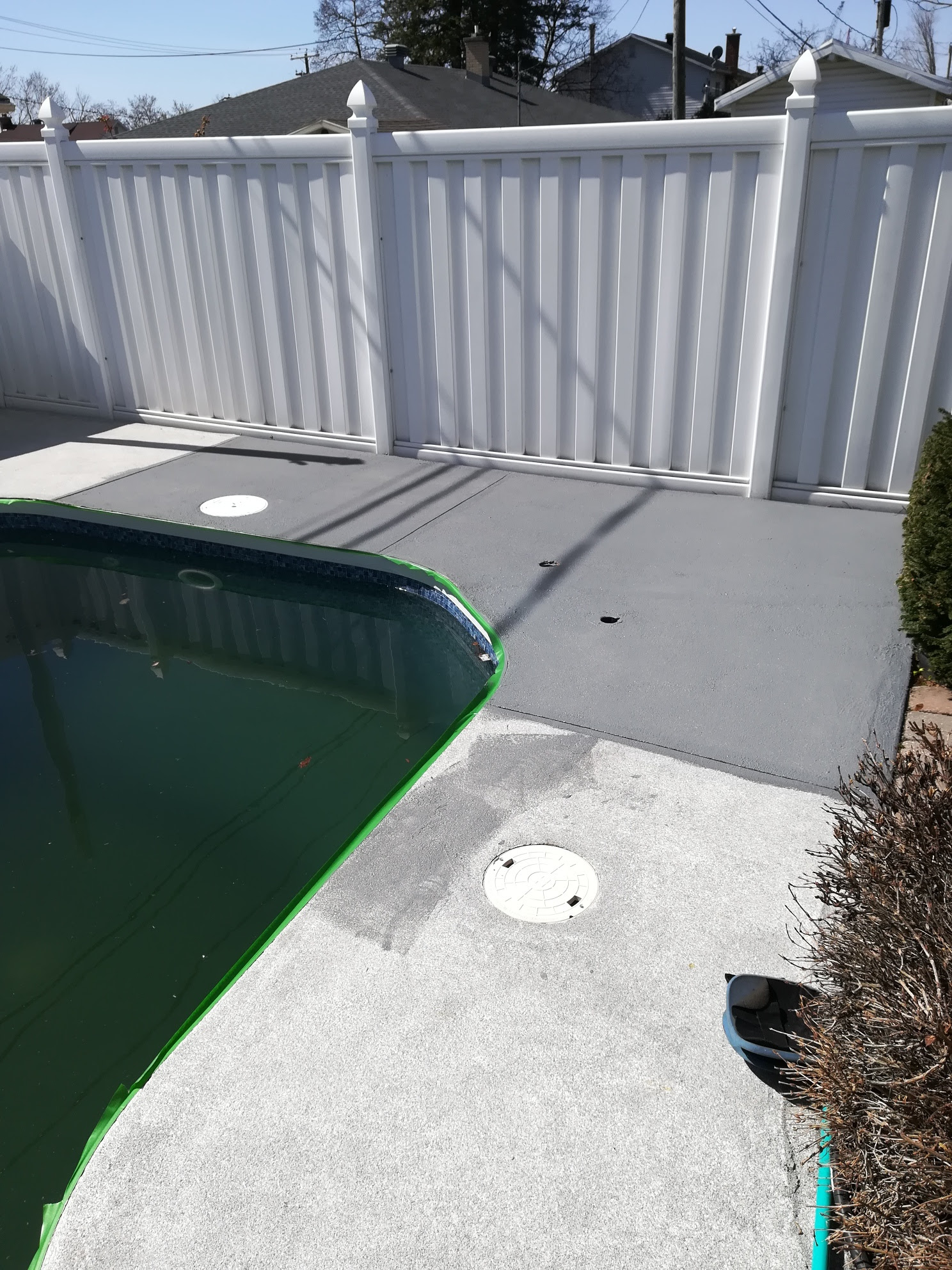 “I called and spoke with Customer Service at Daich Coatings,” says Cinq. “I had very good service. We talked about the challenges I’ve had in the past, and I got good recommendations and guidance for the project this time around.”

According to Cinq, 90% of the success is in the preparation, and that’s exactly what the Daich Coatings team members told him. Cinq took this mantra to heart by performing four preparation steps:

Step #2 – Scratch off all loose material from surface

With the prep finished, Cinq opened the containers of RollerRock in his chosen Lava Rock color. He used a mixing adaptor for his drill and stirred each container well.

“The RollerRock was really easy to apply,” says Cinq. “For my surface, I cannot say everything was really flat at 100%, but it did cover all the other previous products with a tough stone finish. I applied three layers with a stone texture roller where people tend to walk the most. I believe the sun cured the surface and it now looks strong and sturdy.”

“This is like rolling on water,” says Cinq. “The Hi-Build Ultra is very easy to apply. I rolled on two layers. Drying time was extremely fast. I have high hopes for this new pool deck. It certainly looks beautiful … now we’re waiting to see how it performs!”

Across the country in Pickens, South Carolina, Austin Jacks faced an even bigger poolside challenge. After purchasing his grandparent’s former home, he started to tackle the deteriorated pool area. The eyesore needed massive attention — including hammering, pressure washing and grinding — before it was ready for resurfacing. 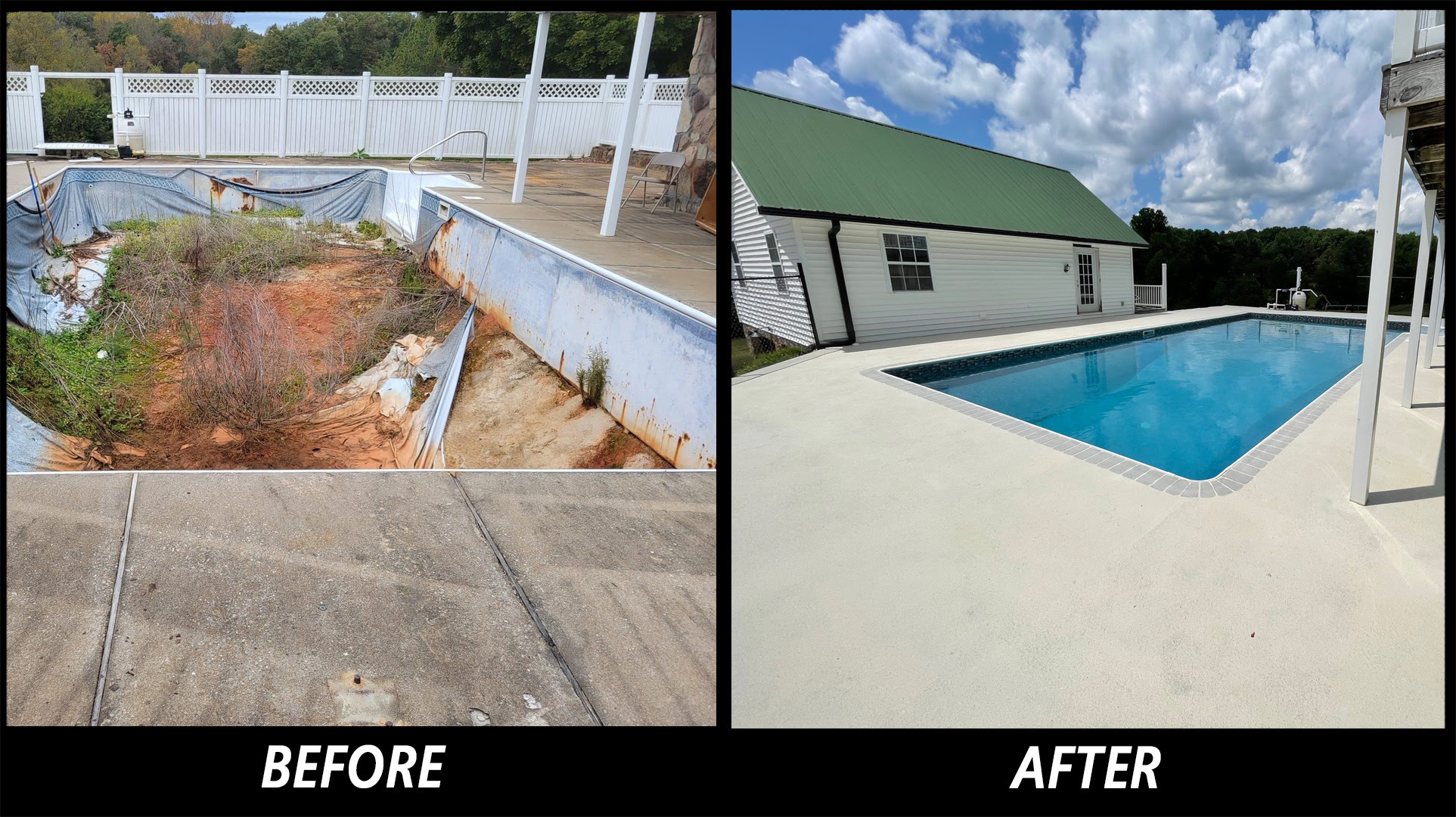 “I ended up placing three coats of ivory RollerRock on the pool deck and then two coats of warm grey around the pool edge in a cobblestone header fashion,” says Jacks. “I’m relatively pleased with how it turned out. For this project repairing the concrete was very time consuming.

“The Daich Coatings portion wasn’t too difficult, but the coating is a lot thicker than paint. That’s actually good, because I could tell it was real stone and the composition was strong. The coverage rate was slower than I anticipated. But, since you can stand up straight and roll it on, the process wasn’t too bad.”

For his massive pool deck Jacks invested about $1,500 in Daich Coatings RollerRock and Hi-Build Ultra Sealer products. “I did a fair amount of research on my options for fixing the pool deck,” says Jacks. “The Daich products seemed to be the best value for money for coating the deck and getting a slip resistant surface. I definitely think it was worth the investment. Provided it holds up long term, it will turn out to be a great investment!” 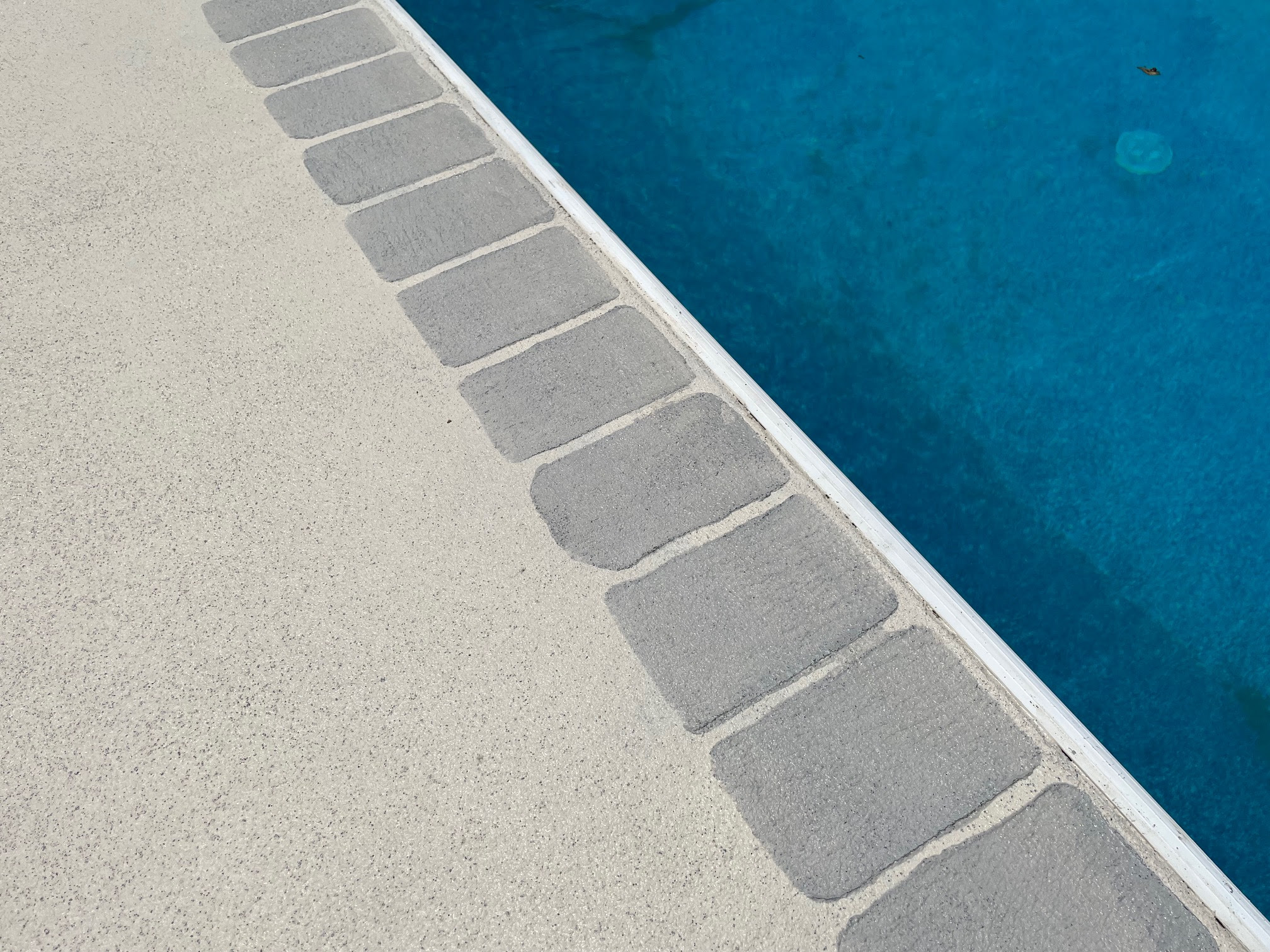 As both Jacks and Cinq settle in to summertime life with their floats and summertime drinks, they’re pleased with their efforts at pre-season deck work. “Everyone who’s seen the pool deck loves it,” says Jacks. “They say it looks like a professional resurfacing job. A lot of people are impressed I got it to look so good without repouring the entire deck!”

What steps can your business take to protect its data?

Uncool yet exciting things to do in Egypt!