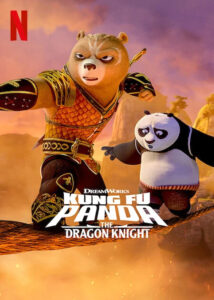 Stellar Creative Lab is excited to announce they have launched a brand new Toronto-based studio with a focus on high-end series and feature projects, offering both in-studio artist space and hybrid/remote working. The first production will be an adult CG animated series for a well-known streaming service.

Kick off the holiday season with the Winter Lights Festival

“Diwali invites us to celebrate the diversity that makes Canada strong”-P.M.Justin Trudeau

Line Producer Tracy Grant, based in Toronto, will be leading the team and has already started the recruiting and hiring process. “Our goal is to start with smaller teams in multiple departments, bringing brilliant Toronto and Ontario talent to this new series and the Stellar Creative Culture.”

Van Brande says, “Our focus, from the day we launched, has been to deliver feature-quality, no matter what project we are producing. Stellar’s past credits are proof-positive of the power and flexibility of the pipeline we’ve designed and developed in five short years,” which include Disney’s Baymax Dreams Real-time Shorts with Unity, Fancy Nancy, Golden Age and The Addams Family CG-feature marketing tool kit.

Stellar’s Vancouver Studio is currently working on Marvel Studios series including multiple seasons of Emmy Nominated What If?… and the recently announced Marvel Zombies. “Stellar is thrilled to be working in the Marvel Universe with Marvel Studios’ exceptional teams. We are so proud of our team for creating such world class content for our wonderful partners at Marvel,” says Ferguson.

Dave Dick, Story Director on 22 Episodes of the new Kung Fu Panda series says of his time at Stellar, “We try to create an environment where people deliver their best work with the tools and support to learn and keep honing their craft.” Dick is the Stellar Unit Director and overall AD on the new adult CG series that will be launching teams in Toronto.

When asked why launch in Ontario now, Ferguson responds that “We have been inundated with applications from experienced, exceptional Ontario artists who want to work on high quality adult properties, something Stellar has garnered a reputation for producing. I spent my formative years in Animation in Toronto, starting at Nelvana and I look forward to working with past colleagues and new artists from Ontario once again.”

Kick off the holiday season with the Winter Lights Festival

“Diwali invites us to celebrate the diversity that makes Canada strong”-P.M.Justin Trudeau